What I did on my Summer Vacation: The Mother of All Roadtrips 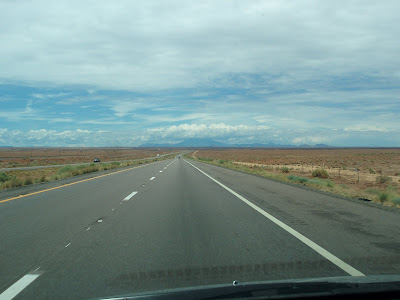 -While packing for the trip, I realized my son only owned 2 pair of underwear-horrifying.
-I think this would have been a good trip to rent an RV.  It was a pain unpacking/ repacking the car for each stop.
-Instead of everyone packing their own suitcases, I packed by days.
-14 days is probably at least 3 days to long for our crew.  Towards the end, the only thing most of us wanted to see was our own beds.
-We bought the $80 annual parks pass and I think it saved us $70.

Here's what we saw and how long we spent at each place:


Petrified Forrest-(2-3 hours) we got there when it opened and had the park to ourselves-which is the best way to explore any national park.
Meteor Crater-(1-2 hours) privately owned so it's a bit pricey, but we thought it was worth it and luckily none of our kids had nightmares about a meteor crashing into earth. 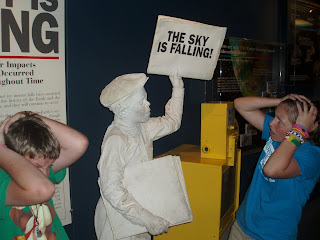 Montezuma's Castle-(1 hour)Getting there early paid off again.  We didn't have to share the park with the bus loads of tourist that arrived just as we were leaving. They have amazing ruins that are built into the side of a cliff, and you can see everything in under an hour. Early Native American Apartments. 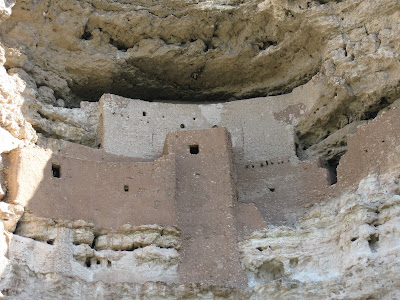 Sunset Crater- (2 hours) We had never heard of it and almost didn't stop, but so glad we did.  There are thousand year old black lava fields that look more like they had just erupted yesterday.  It felt and looked like we were on another planet. 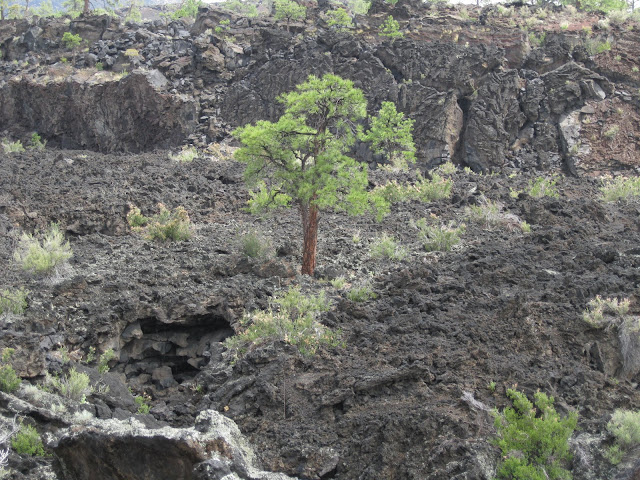 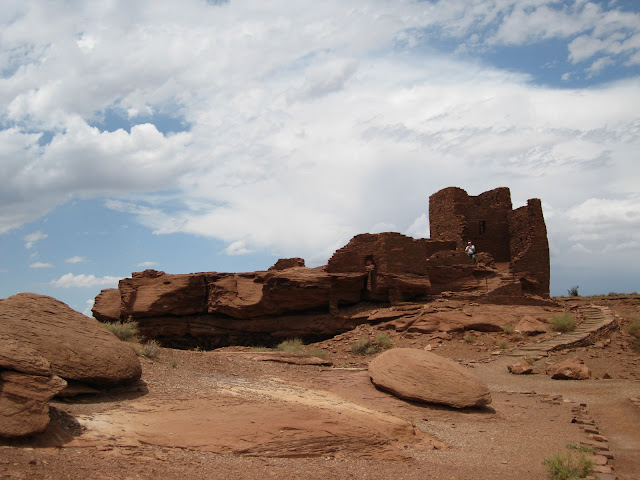 Grand Canyon- (1-2 days)We entered from the east and so made lots of stops all along the rim to check out the gorgeous views. In person, it is ten times as amazing as in any photographs-awe inspiring beauty. Everyone should see it at least once. 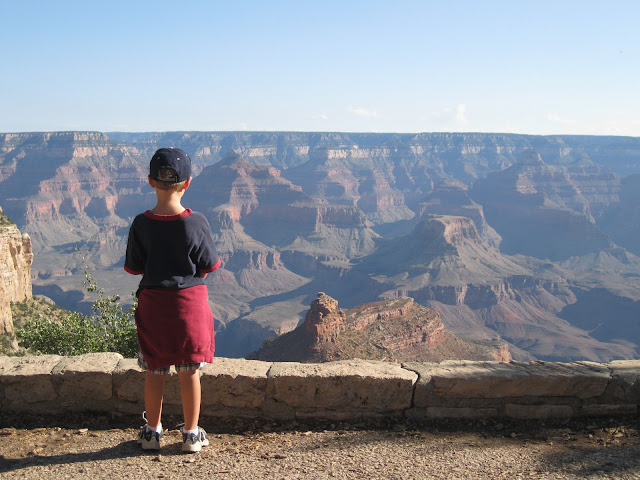 Supposedly people rarely fall over the edge, but it's not for lack of trying (people are not smart).   I told my kids that instead of getting as close to the edge as possible, we were going to try and stay as far away from the edge as possible. Certain spots (like the one pictured) scared me more than others. Sometimes I felt exactly as safe as if I gave my boys a very detailed lecture on gun safety and then handed each of them a loaded one (I'm not at all melodramatic).  I saw a young Scandinavian kid treat the railing like a monkey bar and about lost it (his mother actually did).

Besides the views, my favorite thing was getting to see Condors and listening to the Ranger talk about them.  Did you know that at one time there were only 16 Condors in the world?!?!  Now there are a little over 300.

You can actually stay overnight in the park.  In addition to RV and camping, there are several other "lodges".  I wish we could have stayed at ones along the rim, but we didn't reserve a room early enough. http://www.grandcanyonlodges.com/?gclid=CInBic_rsKoCFQHf4AodHCBV9A

Hoover Dam- (under an hour) we didn't take the guided tour, but did stop to take some pictures. 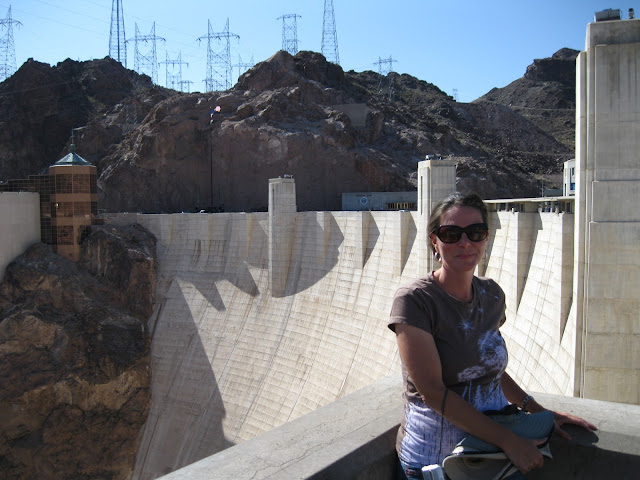 Death Valley-(1-2 hours in the summer-a few days in the early spring.  We got there around 5:00 pm and left the next morning) Summer is clearly not the best time to visit the hottest, driest, and lowest place in America. We drove to a few sites, but it was really just too hot to do much hiking.  A Ranger told us that summer visitors are about 95% foreign. My kiddo's had a little bit of a European culture shock at the  lodge pool. Seeing fat hairy old guys in itty-bitty speedos freaked my boys out. What freaked them even more out was that some girls only wore bikini bottoms. My 10 year old son was particularly freaked by 2 tween sisters that were very much in need of tops. 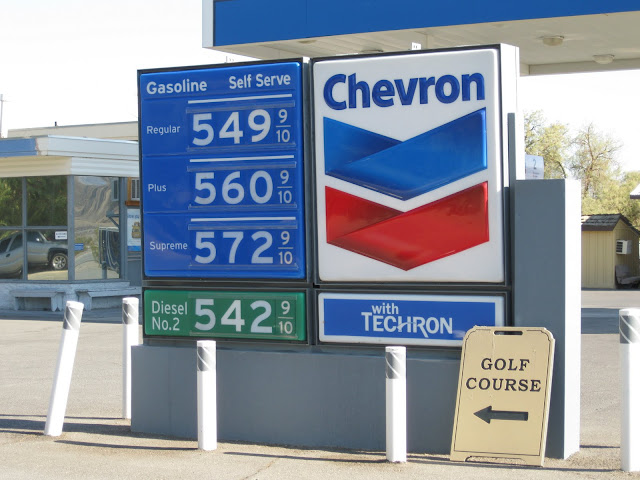 (Scariest things in Death Valley-#1 Gas Prices, #2 European bathing attire)
Bryce and Zions-(If you drive you can see all the lookout points in  2 hours for each park, but you could spend days hiking) Besides the Grand Canyon, these are the most beautiful National Parks we saw. However, being at the end of our trip, I think we didn't appreciate them as much as we would have another time. 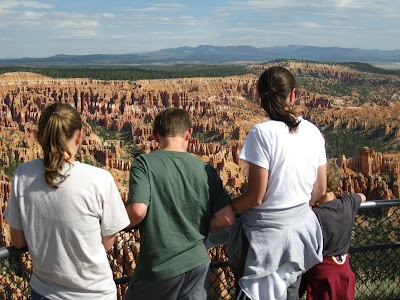 The Wigam Motel-Wigwam hotels started in the 1930's and there used to be lots of these places all over the country. I think this inspired the "Crazy Cones" motel in the movie Cars. The parking lot is also full of lots of classic cars, which were fun to walk around and look at. Our family of five shared the 2 double beds of a Wigwam to "enjoy" a night of route 66 nostalgia. Not the most comfortable night's sleep, but the most memorable of all the hotels we stayed in and we're glad that we did it.
.   http://www.galerie-kokopelli.com/wigwam/he 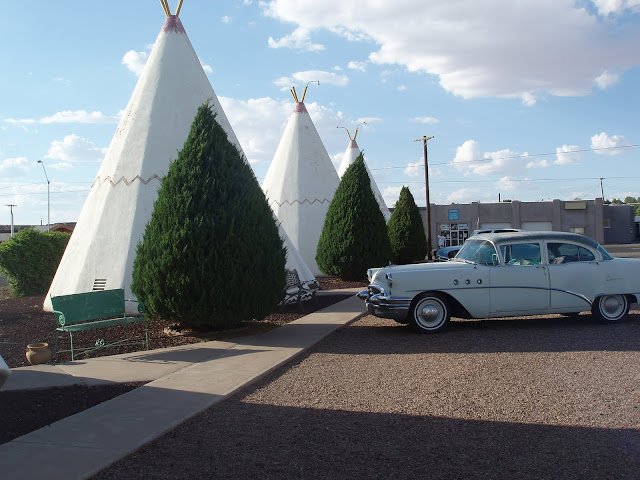 Roswell-The truth is out there? 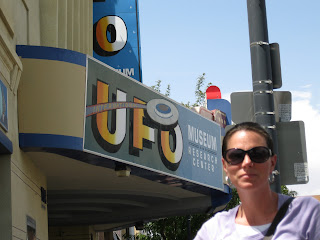 Carlsbad Caverns-Our last stop of the trip.  You can take the elevator, but we walked the very steep mile down, walked the 1 1/2 mile loop and then took the elevator back up.  The cave is HUGE, but still has lots of gorgeous formations.

You win 2 gold stars if you read the entire post.  If your planning a trip of your own and have any more specific questions, just leave a comment, and I'll get back to you.