I made some Pelmet Boxes for my breakfast nook (tomorrow's post). Since my downstairs is one big room, I wanted to make a pillow that would help tie the rooms together. I saw this one here, and wondered if it would work out of fabric. It did!- it just took 5 times longer. The original pillow was supposedly made in 30 minutes (although it would have taken me at least twice that) and this one took about 2 1/2. I think it's worth it and has replace my wreath as my favorite thing I've made this year. 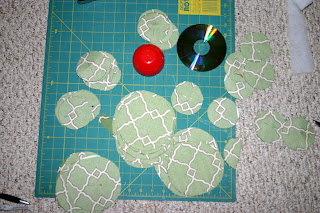 First cut out a bunch of circles.  I used a CD (4 inch) and an Easter egg (3 inch) as templates.The original tutorial  called for 30 of the big and 20 of the small.  I double it since I would be sewing them together, but I have tons left over.  I used decorator fabric and it was pretty thick, maybe if you used thinner fabric you'd need more.

Next  sew 2 circles together (right sides together).  Repeat until all your circles are sewn together. 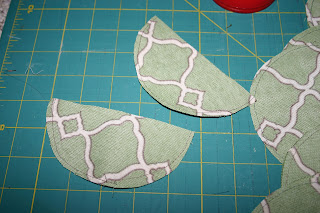 Next, cut all your circles in half and clip the raw edge.  This means cut from the outside raw to the seam line.  This will help it curve when you flip it inside out. 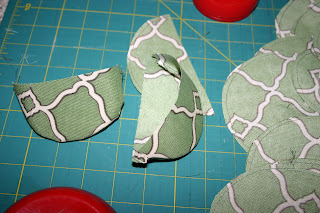 Next flip all your circles inside out and iron them flat.

Then cut out a piece of fabric 1 inch larger than your pillow form. I had an 18 inch pillow form, so cut out and 19 inch square out of muslin. 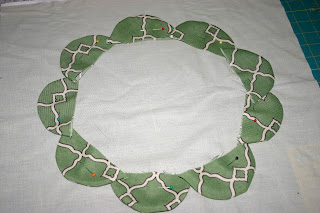 Then draw a circle (I used a plate) on your fabric.  Arrange all your petals along the edge of the circle and sew them down.  Repeat. 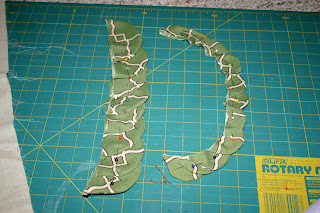 As I got in a few rows, I found that it was easier to sew strips of the petals and then sew them on the flower.  It also made them stand up a little.  To remedy any bare patches, just sew in a few random petals here and there. 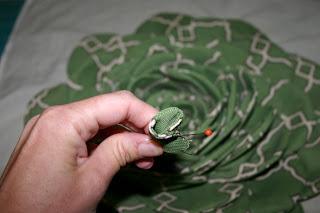 For the center, I just folded some petals in half and sewed them in by hand (although I was really tempted to bust out the hot glue gun).

Sew the back on your pillow and be amazed at your work.  I'm saying it again-I love how this turned out! 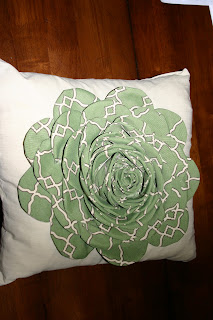 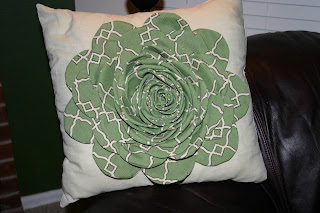 Linking up here.
Here's some more projects that you might enjoy.