I'm melting as I type this.  Our A/C is broken and I live in Texas.  I waiting to hear if the Home Warranty is going to pay for a new one or not (has anyone ever had one that did?) and it's making me a little crabby.   I know there are so many people all over the world who lost a lot more than just their A/C's so I'll stop whining. I had the priviledge of calling Alabama home for 4 years and I am heartbroken by all the devastation.  I'm keeping the south in my prayers. Roll-tide.

You many have noticed that I have ads on the blog. I finally clicked on the "monetize" button on the dashboard.  I now have ads on my blog and I'm making about .25/ day.  Woohoo!  So even if the Home Warranty doesn't pay up, I should be fine.

On to the crafts: My daughter's friend is having a b-day and so I thought it would be fun to make her a shirt.  It turned out so cute, my daughter wants to keep it.  It was pretty quick, so I promised I'd make her one too.
I started w/ a gray v-neck t-shirt.  I had some light pink knit leftover from another project, which I used to make 3 flowers. I'm a little in love w/ knit flowers these days. 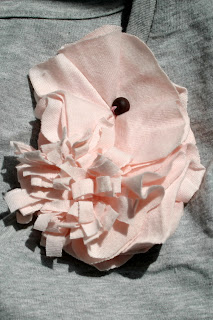 Flower #1:
Many of you probably already know how to do this.  If not, cut at least four squares out of the knit. 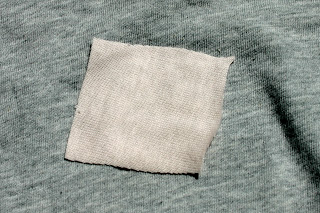 Fold each square into 4 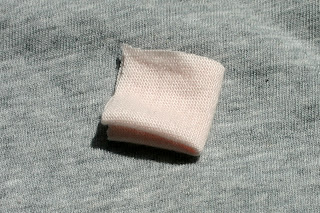 Cut the unfolded edge so it looks like an ice-cream cone. 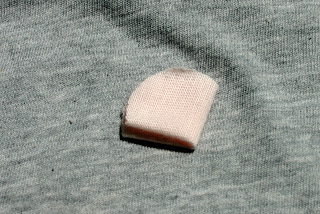 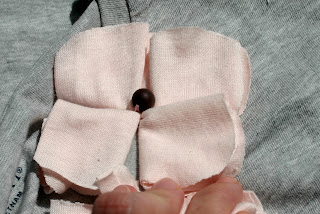 Sew each folded petal at the corners and sew a bead in the middle. 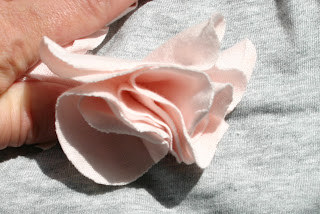 For flower #2, follow the same steps as in #1, but instead of laying it flat, sew all the points together and then secure to shirt.
Flower #3 -is my upside-down awesome blossom (tutorial found here)
I still had some leftover knit, so I thought I would make her something cute for here hair. I started by making 2 awesome blossoms. I glued felt on the back and glued it to a headband.  I thought it needed something else. 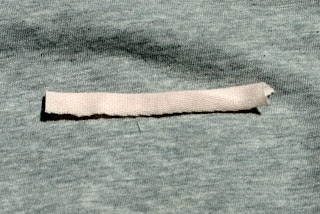 I took a couple of very thin strips of knit and folded them in half. 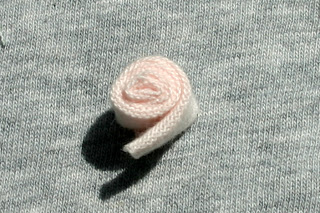 Then I simply rolled them up and hot-glued them between the 2 awesome blossoms. I made a total of 3.
Tadaa! 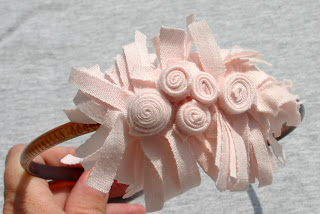 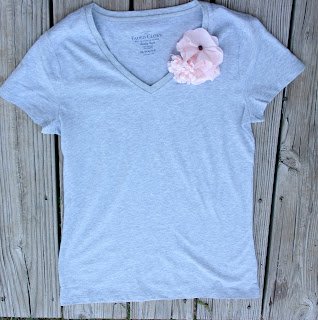 Linking up here:
You might also enjoy these projects.
UPDATE:  I just heard that I will again have AC Tuesday night-Wednesday at the latest!  Really I only have to survive the weekend and then it's supposed to get cooler.  I call my sewing room a "sweat shop"-I guess for the next few days it really will be.