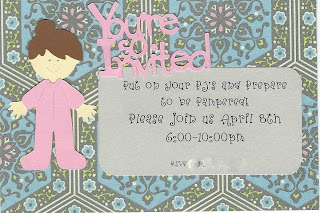 My daughter's party was a success!  We originally we're going to do a "spa-jama party", but the final theme ended up being more "stuff my daughter likes".  We had 12 girls, ages 12-13 (yes my ears are still ringing from all the squealing).  We decorated in pinks and greens.  I just took some branches from my peach tree and hung tissue paper flowers and glass beads from the stems. You can't really see in the picture, but it looked amazing. 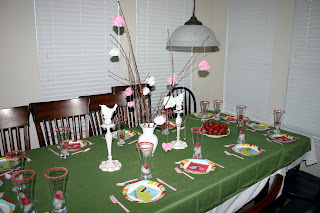 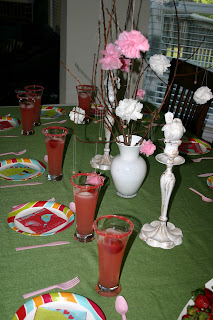 When the girls first arrive, they took a tour of the house.  My daughter loved showing off her room and having everyone sign the wall.  They all showed up pretty much on time, so we ate.  I usually make little signs for food at partys-I stole the idea from my sister-in-law. Recipes are linked under the pictures. 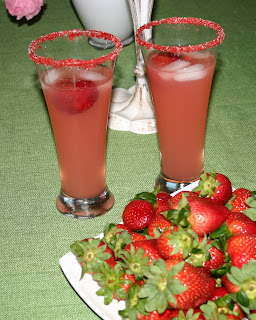 Strawberry Lemonade
Just add some strawberries to your lemonade.  Put a few Tb of sugar into a plastic bag.  Add a  few drops of food coloring and shake, dump onto a plate.  Then pour some lemon juice into a shallow bowl.  Dip your glass into the lemon juice and then into your sugar.  Pretty. 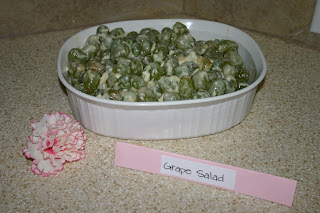 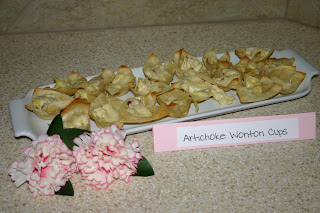 Artichoke Won ton Cups (these were my fav) 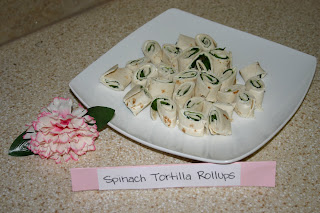 Spinach Tortilla Roll-ups
(To make just spread cream cheese on a tortilla, sprinkle a little garlic salt, some Parmesan cheese, and spinach.  Roll them up and refrigerate for a few hours.  Slice and Serve. 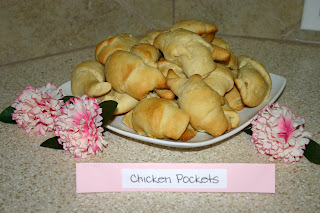 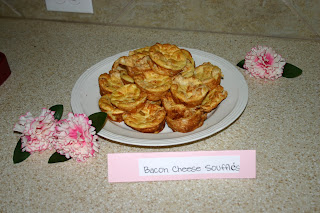 Bacon Cheese Souffles
I also made Cheese and Ham spirals.  They were the last thing to come out of the oven and so I didn't get a picture. 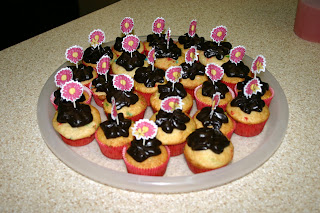 Cupcakes
I bought the Hershey's Special Dark Cocoa for the frosting.  It was almost black, but yummy. 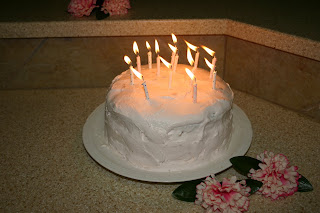 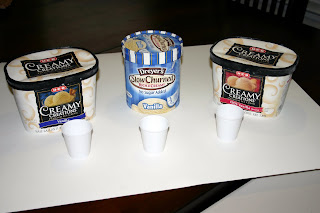 Ice Cream Challenge
My Dad loves doing tastes test.  We've done brands of root beer and fast food hamburgers etc.  I thought it would be fun to do vanilla ice cream.  Earlier, I assigned each kind a # and wrote it on the bottom of little cups.  Then I scoop a little of each into it's assigned cups.  We passed out 3 cups to each girl and then had them rank each one as their first, second, or third favorite.  I gave 1 pt for each first fav, 2 pt, for second fav, etc.  Then I tallied up the points.  Then ice cream w/ the least amount of points won.  It was Creamy Creations 1905 Vanilla.  I put a sugar free ice cream there to see how it would rank. It was last-guess we like all that fat and sugar. 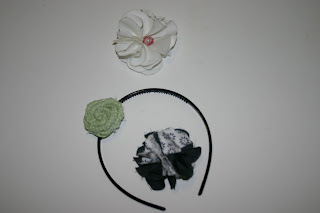 The girls played assassin (rules here).  The also made hairbows, headbands and embellished flip-flops.  I had a couple of ideas for them and then just let them go for it.  I wish I would have gotten more pics of everything they came up with-but it was too crazy for that. 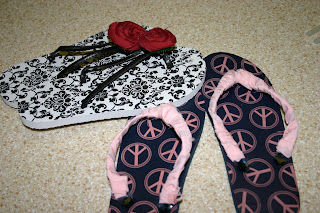 Some of the girls were faster (or more interested) in the crafts than others.  When they were finished, I had a toe-painting station set up. 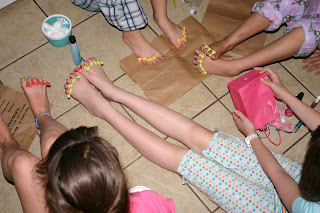 We wanted to do facials and maybe play a few more games, but those 4 hours flew by.  My daughter went to bed smiling and woke up with a huge smile on her face, so I declare it a success.
Linking up here.