Lesson #39 and #40 Loving Ourselves and Others 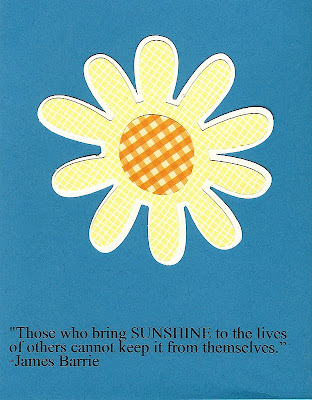 I’m combined lessons #39 and #40 and used the following quotes/ experiences to supplement the lesson.


Recognizing our Individual Worth/ Loving Ourselves


Being raised in the church, I grew up singing the song, “I am a Child of God”.  In fact, I sang it so much that I was a little sick of it, and would silently groan a little each time it was announced.  I knew that I was a child of my Heavenly Father, but so was everyone else on the planet and so I didn’t really see why that made me special-clearly I missed the point.  After graduation, I left my family in Germany and flew solo to Provo, UT to attend BYU.  I was feeling sad and very alone at my first church meeting and my mood certainly did not improve when they announced that the opening song was going to be “I Am a Child of God”.  As we sang the song, the spirit touched me and I finally understood that I am a child of God (with parents kind and dear) and that he would “lead me and guide me” so that I could “learn all that I must do” to return to him someday.  For me it was one of those profound spiritual moments when I felt the love of the Father and my individual worth to him. I'll ask the girls if they've ever had one of those moments.


“I have always loved the story of the son of King Louis XVI of France because he had an unshakable knowledge of his identity. As a young man, he was kidnapped by evil men who had dethroned his father, the king. These men knew that if they could destroy him morally, he would not be heir to the throne. For six months they subjected him to every vile thing life had to offer, and yet he never yielded under pressure. This puzzled his captors, and after doing everything they could think of, they asked him why he had such great moral strength. His reply was simple. He said, “I cannot do what you ask, for I was born to be a king.”
Elaine S. Dalton (http://lds.org/general-conference/2010/04/remember-who-you-are?media=video&lang=eng)


Loving Others
"One woman who had been through years of trial and sorrow said through her tears, “I have come to realize that I am like an old 20-dollar bill—crumpled, torn, dirty, abused, and scarred. But I am still a 20-dollar bill. I am worth something. Even though I may not look like much and even though I have been battered and used, I am still worth the full 20 dollars.”


An old Jewish legend tells of two brothers, Abram and Zimri, who owned a field and worked it together. They agreed to divide both the labor and the harvest equally. One night as the harvest came to a close, Zimri could not sleep, for it didn’t seem right that Abram, who had a wife and seven sons to feed, should receive only half of the harvest, while he, with only himself to support, had so much.


So Zimri dressed and quietly went into the field, where he took a third of his harvest and put it in his brother’s pile. He then returned to his bed, satisfied that he had done the right thing.


Meanwhile, Abram could not sleep either. He thought of his poor brother, Zimri, who was all alone and had no sons to help him with the work. It did not seem right that Zimri, who worked so hard by himself, should get only half of the harvest. Surely this was not pleasing to God. And so Abram quietly went to the fields, where he took a third of his harvest and placed it in the pile of his beloved brother.


The next morning, the brothers went to the field and were both astonished that the piles still looked to be the same size. That night both brothers slipped out of their houses to repeat their efforts of the previous night. But this time they discovered each other, and when they did, they wept and embraced. Neither could speak, for their hearts were overcome with love and gratitude.


This is the spirit of compassion: that we love others as

ourselves, seek their happiness, and do unto them as

we hope they would do unto us.
Elder Uchtdorf (http://lds.org/general-conference/2010/04/you-are-my-hands?media=video&lang=eng)

“When you find yourselves a little gloomy, look around you and find somebody that is in a worse plight than yourself; go to him and find out what the trouble is, then try to remove it with the wisdom which the Lord bestows upon you; and the first thing you know, your gloom is gone, you feel light, the Spirit of the Lord is upon you, and everything seems illuminated.” Lorenzo Snow


James Barrie, the author of Peter Pan: “Those who bring sunshine to the lives of others cannot keep it from themselves.”1
Handout: I used my Cricut to cut-out the sun for the handout, but if you don't have one, it wouldn't be hard to free hand it.
Good luck w/ your lessons!
Posted by Tara @ Tales of a Trophy Wife at Monday, October 17, 2011