My kid came home a few weeks ago all excited about the idea she suggested for her church group activity night-a mother-daughter talent show.  I was trying to be supportive, but finally asked her whose mother she was planning on taking to this.


I'm not saying I'm devoid of talent, but my particular talent set just doesn't lend itself well to being performed. Vegas isn't calling me to book my one-woman extravaganza called "The Amazing multi-tasker".


My kid is talented on many levels and I suggested she display her musical talents  and I would display my talent of appreciating music.


She decided instead, that we would re-do some shirts and then model them for out talent. We found 2 long-sleeve t-shirts at Wal-mart on clearance (a common theme on the blog lately). 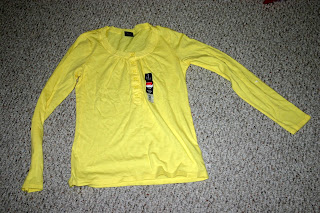 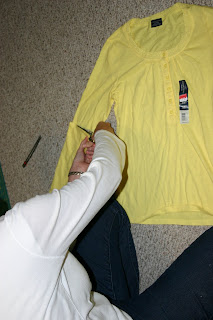 We wanted blousey shirts so I cut a strip of elastic the size of our waists, and sewed it along the bottom inside seam. 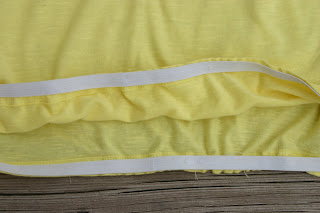 Then I cut one of the sleeves into long strips.  I rolled each strip into a flower.  I didn't want them to look too uniform, so I used slightly different size strips. Then I sewed all 7 on the shirt. 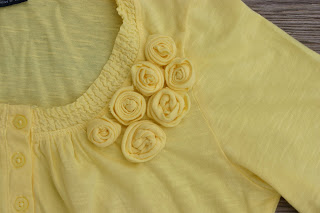 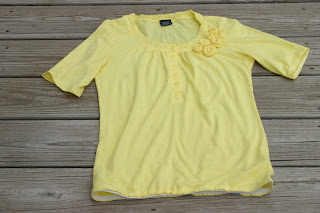 For my shirt, I also cut off and hemmed the sleeves and put elastic on the bottom. I made a knit bloom out of the sleeve (tutorial here).  I cut 5 small strips of sleeve.  I sewed 4 on the shirt and one on top of the bloom. 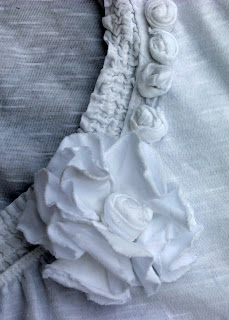 (the color's off-but you can see the detail) 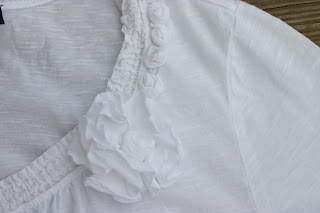 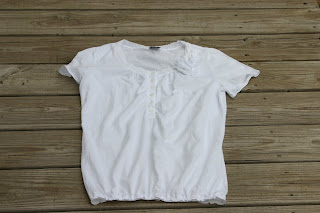 We accessorized with some cute bracelets my kid make.  I wore the owl bracelet and she wore the pink ones.
It was a fun night.  The girls introduced their moms and said lots of nice things and then the Moms returned the favor.  We showed off our talents and talked about what we like to do together.  One big warm and fuzzy evening.
It would be great to end in a mother-daughter pic, but we never took one.
Linking up here.
UPDATE: I've been giggling quietly all afternoon as I imagine perfoming my "talents" in a talent show.
- I could take the audience on in a game of Trivial Pursuit
-I could boss them around
-I could have them donate random stuff from thier purses and create craft masterpieces with only the aid of my trusty glue gun
-I could dazzle them for hours painting a wall
-I could speak to them in only really poor German
-amaze them with how fast I can read