First of all, I made a Facebook page for the blog.  I'm still trying to figure out exactly how it works, but in the meantime I'd love if you'd "like" me. (If you think my editing skills stink on the blog, wait until you see them in their full glory w/out the benefit of spell check.) 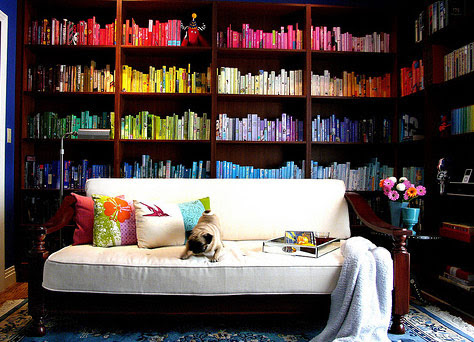 (Source) I think I need this room.
Now on to the books: 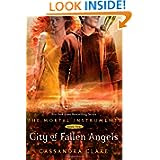 1. City of Fallen Angels-Vampires, demons, teenage angst-everything a guilty pleasure should be.  (don't judge me too harshly, I read more literary books too)This is the 4th in the Mortal Instrument series and it ends in a cliff hanger, so I now I need to sit around and wait for the next one.
4 1/2 Stars

2.   Clockwork Angel is based in the same demon slaying world as the Mortal Instrument series, but instead of modern times, it is set in Victorian England. I didn't enjoy this book as much as the original series.  Maybe it's because I was listening to the audio version and I couldn't skim through the fighting scenes. 4 stars

3.Empire of the Summer Moon Like all Texas schoolkids, I've the PG version of this part of American history, but I had no idea the extent of the violence on both sides of this war. This book is a testament to how cruelly barbaric human beings can be to one another.  This was my book club's selection, and we all agreed that it contained a lot of information, but it is not a biography, it is poorly organized and it could use some pictures, maps and charts to make it easier to read.  It gets great reviews on Amazon, but I'm only giving it 2 1/2 stars.


4. Room tells the story of woman who is kidnapped and kept captive in a back yard shed for 7 years.  It is told from the innocent perspective of her 5 year old son, Jack. The mother is amazing and creates an entire universe for her son in a tiny 11X11 foot space.  It made me reflect on my parenting skills. Sometimes, my kids drive me a little nuts and we share an entire house.  4 1/2 stars 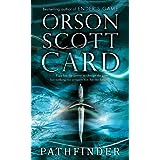 5.  The Pathfinder-If you enjoy Orson Scott Card, then you'll probably enjoy this one-I really did.  I don't want to give to much away, but the story mostly focuses on a teenage boy named Rigg who has the ability to manipulate time and space in order that he may somehow save the planet.  It is a trilogy and the other 2 aren't even written yet. 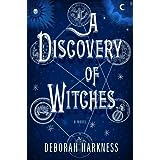 6.  Discovery of Witches-Romeo and Juliette- (If Romeo was a vampire  genetics professor at Oxford and Juliette was a witch history professor from Yale).  It was a bit slow at times and I think I'd enjoy it more if was edited down a bit.  There was an overabundance of wine descriptions, that I thought was weird until I learned the author writes a wine blog.  This will be the first in a trilogy and ends in a cliff hanger so don't expect any sort of satisfying ending. My favorite character in the book was the Bishop's house-it has a mind of it's own.  Overall I liked it and will read the next one. 4 stars. 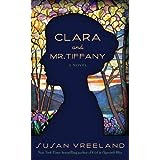 7. Clara and Mr Tiffany-Love, Love, Loved it! This is the easily the best book of the bunch. Who do you think designed all those gorgeous Tiffany lamps?  For over a hundred years, we thought it was Mr. Tiffany, but it is more likely that is was a girl named Clara.  This is a fascinating work of historical fiction that explores the rights of women as well as the inspiration and creative processes involved in creating those beautiful lamps.  Girl Power! This would be great for book club.
4 3/4 stars. 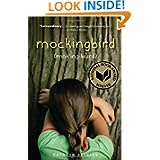 Mockingbird tells the story of a girl with Asperger Syndrome who is trying to gain closure after the shooting death of her brother.  (Doesn't that just sound like a barrel of laughs?)  Despite the premise, it is not overly heavy and is a great way to understand and empathize with those who's brains my function a little differently than our own.  I'm going to make my kids read it. 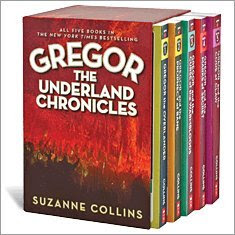 Gregor the Overlander-By the same author as Hunger Games, but written for a younger audience (ages 9-12).  It is the story of Gregor who falls through a hole in his laundry room to discover an underground society that is at war with giant rats.  Just like in Hunger Games, the message of these books is that there are no true winners in war.  I liked the first book a lot, and each of the following books a little less.  The story lines are little repetitive, but I had to keep reading to see how everything turns out.  I give the first book 4 stars and the entire series 3/1/2 stars. 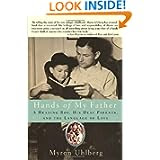 Hands of My Father-A touching memoir of growing up with 2 deaf parents during the Great Depression.  It makes me a little sad that I don't know sign language and get to merely use words to express myself. This would be great for bookclub.
4 1/2 stars.

I link up with these fabulous parties, here and here.
Posted by Tara @ Tales of a Trophy Wife at Monday, September 19, 2011