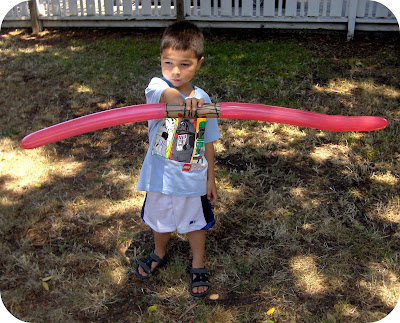 What do you with a house full of young Padawan house guests?  As they arrived, I had each of them make their own light sabers out of balloons and TP rolls
http://zakkalife.blogspot.com/2009/07/how-to-make-lightsaber.html 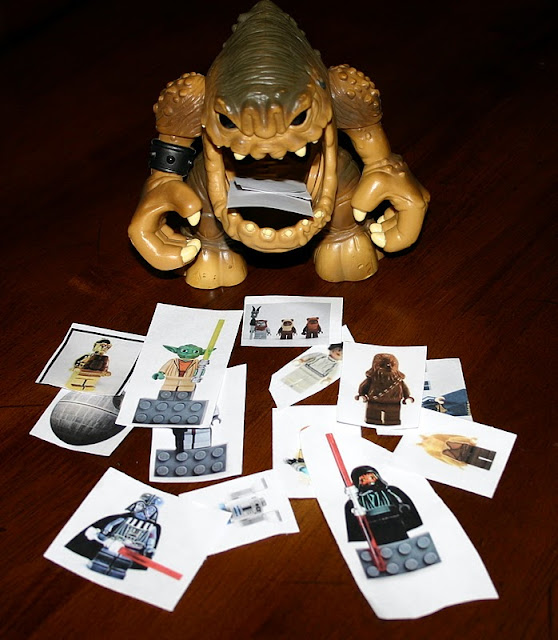 Charades: I printed out pics of Lego characters and put them in a Rancor's mouth.  Each kid would get to pick on and then act it out.  It was a little hard at first, so I let me talk and say a line that the character would say.
Not pictured Lego, Lego, Who's got the Lego. (Rules here) 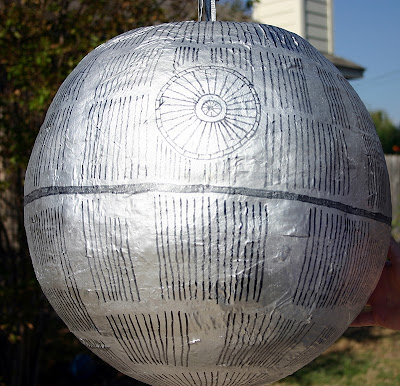 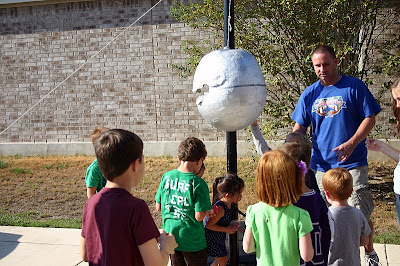 Death Star Pinata-It's the law here in Texas that you can not have a party w/ out a Pinata.  I'd never made one before, but it was pretty easy (time-consuming, but not difficult).  I made a flour and water mixture (about the consistency of gravy) and then dipped strips of newspaper into the mixture and covered a large stability ball.  When it dried, I removed the plug, filled it with candy and paper mache'd  up the hole.  I spray painted in silver and Hubby drew on the details. 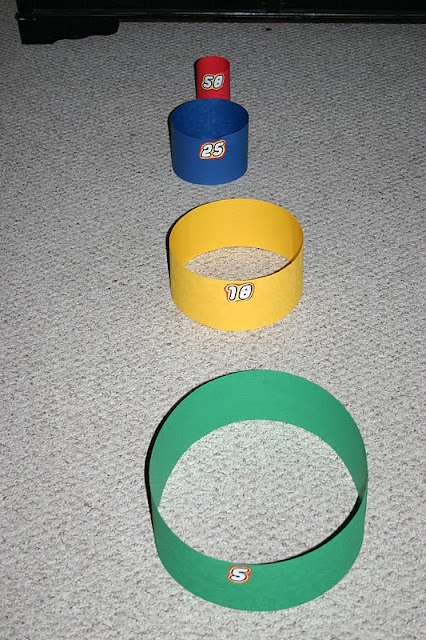 Lego Toss-we arranged these different ways and had the kids line up toss in Legos to score points.
Jedi Training-We gave each of the kid's a pool noodle light saber and my hubby led them in a simple lightsaber drills (up, across, down, spin etc.). After a few minutes of practice, my older son came in dressed like Darth and they each got to battle him.
Lots more Lego Ideas (and some of my original inspiration) found here (Lego ideas) and here (Star Wars ideas).

I'm linking up to these parties here and here.